by Children Of The Night 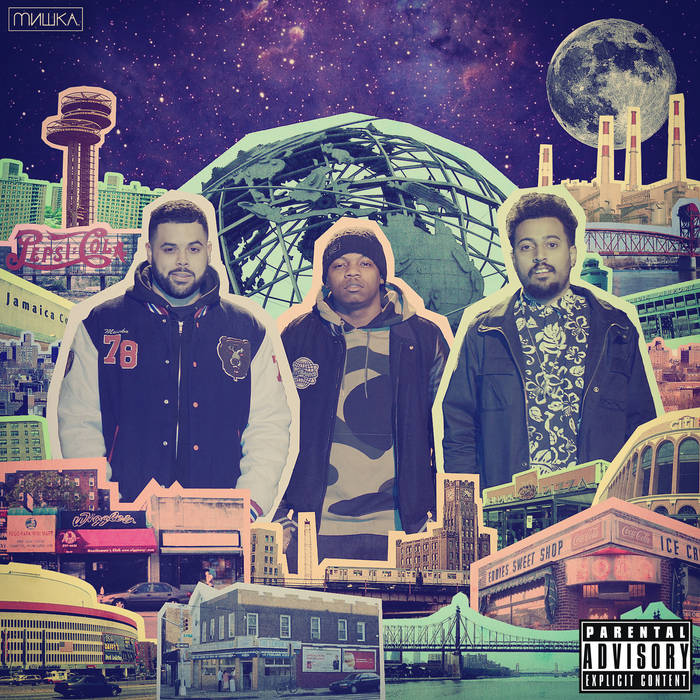 Children of the Night, composed of emcees Remy Banks, Nasty Nigel, and Lansky Jones, lead an intergalactic tour of the galaxy of Queens, fusing Jazzy Queens with Gully Queens to make for an outstandingly jazzed-out, gullified conceptual cab ride. Through love songs, drug songs, and good ol’ songs about the come up, with shout outs to dollar beers, video games, board games, fancy mustaches, and enough Star Wars references to make George Lucas want to inquire about royalties, this is a complete look at the modern life of Queens-bred youth.

Each one of the three emcees presents varied flows and concentrated, thoughtful, and at times funny lyrics, that pilot the COTN starships around the audible universe. And with features from Roc Marciano, World’s Fair, Lakutis, Big Baby Gandhi, among others, well, it only gets better.

Production comes primarily from Skywlkr, Black Noi$e, and Hannibal King, along with joints by Left Brain, Matt Martians, and Thelonious Martin, giving the album a cohesive sound of spacey jazz chords and sidewalk brawl drums. It’s a sound that’s both old and new, like getting an updated version of an X-Wing collectible.

And like getting an X-Wing collectible, Queens… Revisited is straight awesome raps. That’s it. There’s nothing more to say. No more needs to be said. The tracklist is after the jump… Download this. You’re gonna love it.

All songs Engineered By MADDMAXX at BATCAVE STUDIOS
Executive Produced By Children Of The Night
For Booking & Features, contact Mimi Hassan at Mimi@theshokegroup.com

Featuring interviews with the mighty Haitus Kaiyote and genre-busting L'Rain.