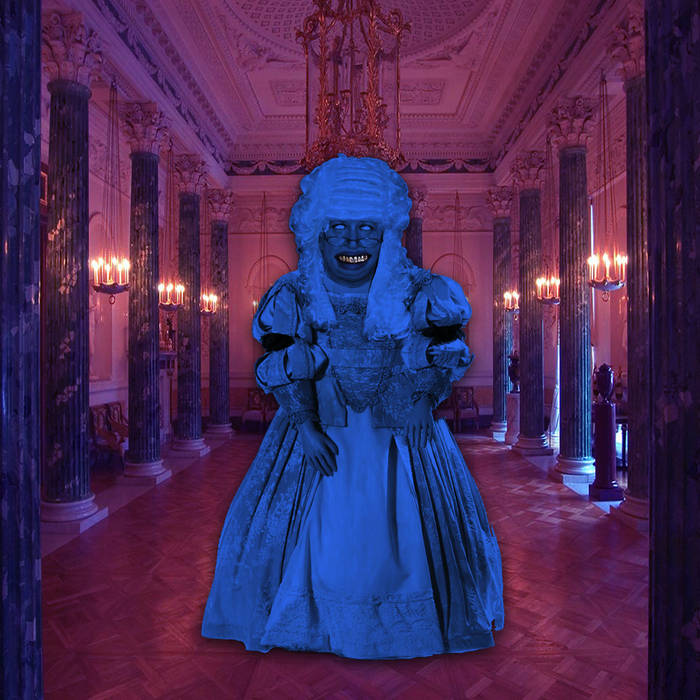 Chrome Lips is a haunted house floating in the deepest reaches of space. Chrome Lips is a cloud of weed smoke, twisting into shapes that animate your nightmares. Chrome Lips is Versailles drenched in red light, monarchical monsters roaming its halls. Chrome Lips is the new flesh. The collaborative album from Chicago production duo Supreme Cuts and 16 year old Barbados based rapper Haleek Maul, Chrome Lips is one of the most arresting, dangerously original rap releases of 2012. After working on some tracks together for Haleek’s debut EP Oxyconteen, these three artists quickly realized their partnership was anything but finished. With Sup Cuts churning out beat after vast, vertigo inducing beat and Maul spitting the intense, brooding rhymes that are quickly becoming his trademark, it became clear Chrome Lips was something special. Add in features from members of raps new vanguard like Deniro Farrar, ShowYouSuck, Kool A.D. of Das Racist, Squadda B and MondreM.A.N. of Main Attrakionz, Issue and Tree, and you have something that will stay on repeat for a while. Out today on Мишка with support from Dovecote Records, Chrome Lips will haunt you – and your speakers.

Since he landed on the digital scene with a string of tracks in the very beginning of this year, then made a proper debut with his EP Oxyconteen, exceedingly young but impressively talented rapper Haleek Maul has been making waves with his shadow-slicked rhymes that exude a practiced confidence that would be impressive for any rapper, let alone one still firmly embroiled in his early teens. Born in New York but currently living in the Barbados, Haleek has crafted a unique musical viewpoint fueled equally by his eclectic musical upbringing (swinging between Lil Wayne mixtapes, Erik Satie compositions, and modern experimentalists like Tricky) and his personal life. Chrome Lips marks his first full length release.

Chicago duo Supreme Cuts, made up of longtime friends Mike Perry and Austin Keultjes has stood at the forefront of the Windy City’s emergent production scene. Alongside friends like The-Drum and Sich Mang, the boys of Supreme Cuts are crafting a new musical identity of their hometown that sounds like the World’s Fair returning in the future, complete with magisterial architecture and Holmes-ian paranoia in equal measure. They released their debut full length, Whispers in the Dark, earlier this year.